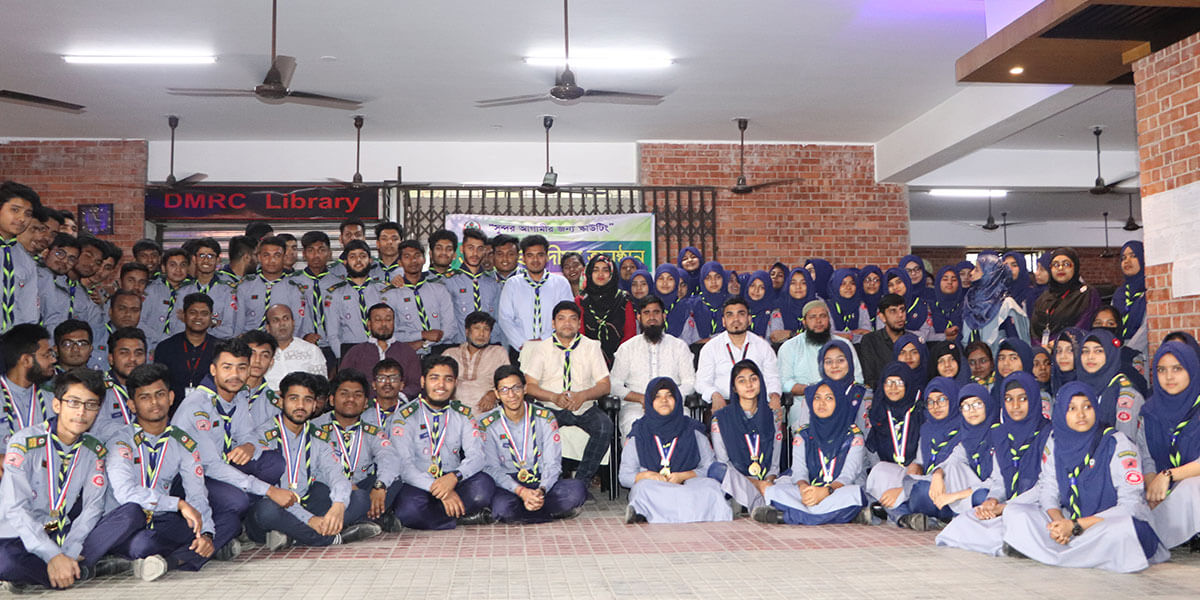 The other name of scouting is enjoyment.........
Scouting helps to do any work without being tensed. Rather it gives us opportunity to go ahead with patience and perseverance. It is such a teaching that brings an epoch making change in life and its outcome is perceived while doing any work. A scout can successfully carry out his/her works. It is a movement whose purpose is to teach with pleasure. It allows a boy or girl to be a good citizen. There is a huge enjoyment in scouting and to get the flavor of enjoyment of scouting, we have to join this movement

Dr. Mahbubur Rahman Mollah College Rover Scout group has earned the name, fame and appreciation in district, regional and national phase within the few years of its birth. Besides, Dr. Mahbubur Rahman Mollah College Rover Scout group performs different types of social development and welfare works like Free Blood Donating Activity, Winter Clothing Distribution Activities, Campaign for Neatness and Cleanliness and so on. Through these activities the students get opportunity to train themselves and as a result being involved in social development activities they keep their knowledge extended. Thus they will bring good fortune for themselves and for the country. Through scouting, the boys and girls are becoming self-reliant. Different teachings of enjoyment of scouting increase their skill indeed. Dr. Mahbubur Rahman Mollah College Rover Scout Group is committed to developing the physical, mental, moral and intellectual qualities of your children.

“ In Scouting a boy is Encouraged to educate himself instead of being instructed.” - Robert Stephenson Smyth Baden-Powell